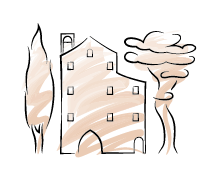 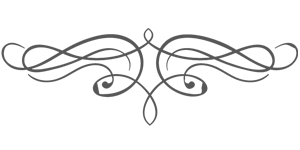 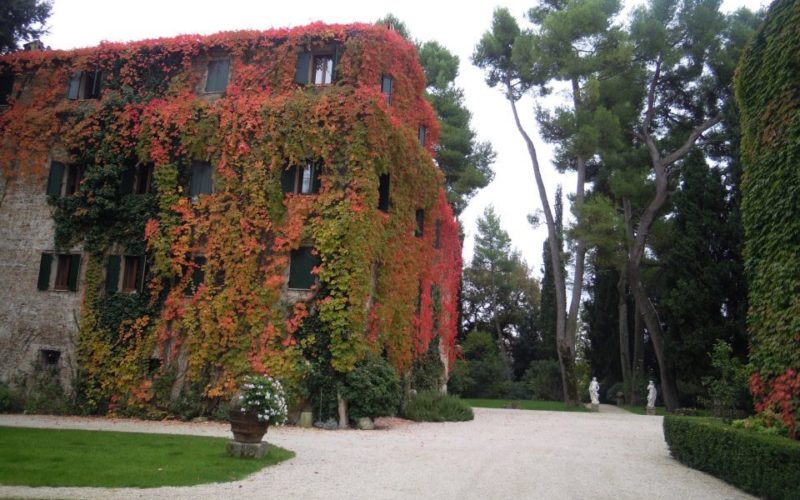 Next to the Benedictine Abbey of San Vittore of Cingoly, today Villa Foligno – Della Rovere, at about 11km north-east of Cingoli (MC), on the left bank of the river Musone, there was in ancient times a sanctuary, very probably tied to the worship of water which was considered sacred for its curative properties; to this was added a thermal installation of some importance during the Roman era.
The name of the Spring “Fonte del Bagno” or “Fonte di San Giovanni” seeing that it was being maintained until a few years ago for use by the local population to go to the Spring in the night of San Giovanni on the 24th of June, carrying out rites in which `it was all about water’ . 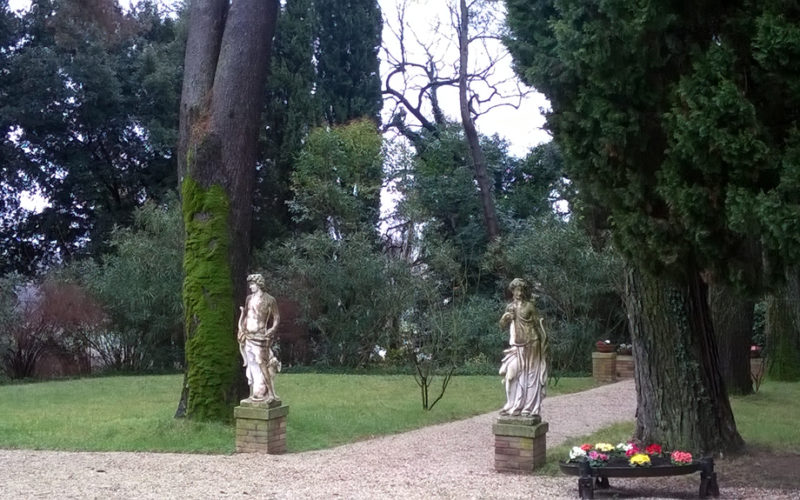 Around the ancient sanctuary, little by little an urban reality grew, a true centre which the Romans elevated to a municipality which with great probability we can recognize in the municipality called Planina cited by Plinto il Vecchio.
It is possible to confirm this on the basis of historical and archeological documentation which has been recovered since the 1800’s at this site and which in part can be viewed in one of the rooms of the Villa, correctly used as an`antiquarium’ – a place to keep antiques.
This deals with inscriptions of the republican period (in particular a sacred law which aims to record the location of the Spring), ceramic fragments, Roman architectural structures and fragments of sculptures of the Roman era; scientists also have been  able to reconstruct the site beginning already with the pre-Roman period from other findings which are presently kept in museums at Cingoli, Jesi, Ancona and Florence. 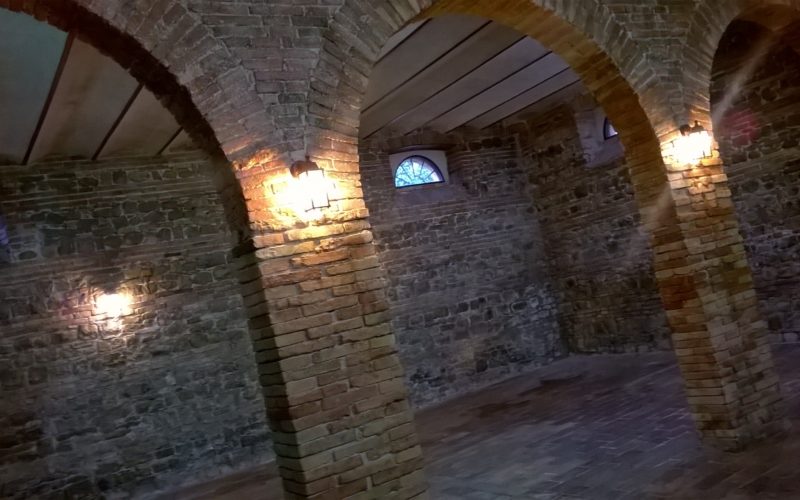 The sanctuary which was located close to the Abbey of San Vittore was found to be visited until the end of the 5th century BC.

In the excavations between 1845 and 1846 a series of spaces were brought to light of which the floors of some were in clay tiles, others in mosaics with black and white inlays, yet others had scenes of aquatic animals and tubs decorated with tiles connected by channel and piping which have revealed visiting and use of the facilities from the 5th and 4th centuries BC to the end of the 1st century AC.
Still in the district of San Vittore they have uncovered six cremation interments of the 1st   century AC and home environments with floor mosaics of the 2nd century AC. 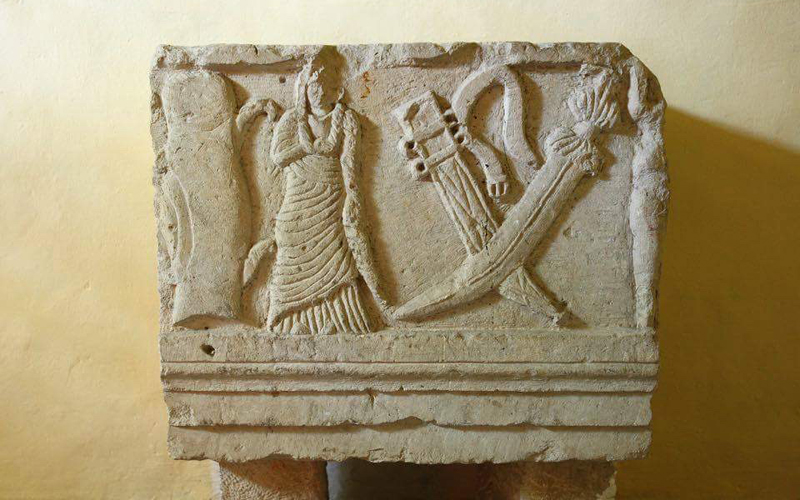 As happens often in the antique world  so it is probable also for the site at San Vittore that the venerated divinity in a sanctuary .of this type had been a female one. as some terracotta fragments could very credibly show a goddess, datable as before to the 5th -4th century BC.
Of this there is only one fragment kept showing the upper part of the face of a female divinity, and that in the Archeological Museum of Cingoli; it has been found near the Abbey.
Very interesting is also a statue representing a woman without head and without lower limbs, which is covered by a tunic over which is draped a light mantle covering the upper part of the body completely, including the arms; this can be dated to the 3rd century BC. 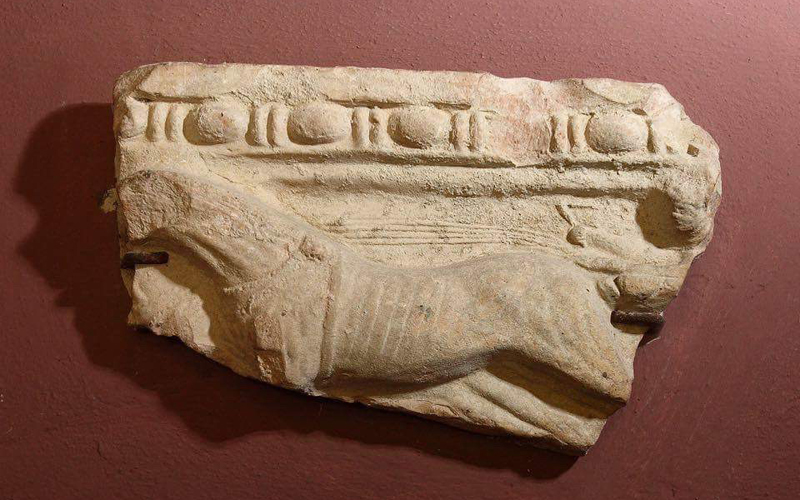 Finally to identify the kind of worship at the location, some anatomic votive offerings safeguarded at the Archeological Museum of Cingoli prove very useful (a votive stomach and a fictile feminine figurine) as testimonies to the well known use by the believers to bring to the divinity parts of the body or a representation of the whole person to cure, an action taken either at the time of the request for cure or subsequent to the healing.
In sanctuaries of this type it is usual to find little representations in terracotta of hands, feet, breasts, wombs, intestines, penises and other parts of body for which healing was to, be asked; the same was probably true for San Vittore, although here no findings of this type of materials exist in large quantities as in other locations of worship in ancient Italy. 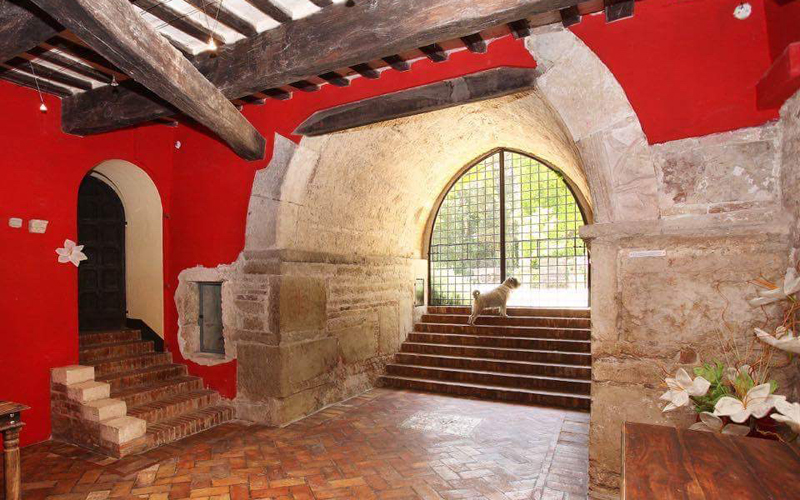 In the area of the district of San Vittore of Cingoli there are no archeological structures visible to give testimony to the existence of either the thermal complex or the sanctuary tied to the `Fonte del Bagno’.

However, of great interest is the fact that the site shows a very long period of site visits, extending at least over three distinct phases:  the first, the Italic type (5th-4th century BC) with a significant opening to the Greek environment, followed by a second phase, the Etruscan type (3rd-2nd century BC), to pass to the last phase in the Roman era, in which around the area of the sanctuary there probably grew a municipality of which we know the names of the officials from the existing inscriptions at the Villa Della Rovere , mentioning also structural operations carried out on a public building. 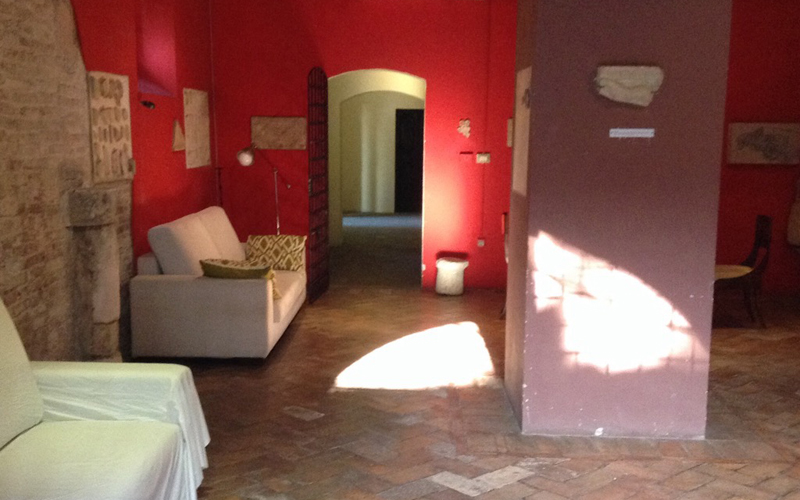 After the fall of the Roman Empire, this zone as others in the same territory suffered the consequences of abandonment until the medieval diffusion of monastery orders when the Benedictine monks arrived and founded the Abbey of San Vittore (10th century AC); they gave a new impulse to the cultivation of agricultural lands, the care of the surrounding territory and the memory of the past.